Strings for a wedding in London

Last weekend we were asked to play as a String Duo for a wedding in central London. The venue was The Ned, a venue we had never played at before, but hope to go back to again! Inside the unassuming entrance it opens out into an amazing interior which was incredibly busy despite it being a Sundsay afternoon in the City. A 5 piece jazz band were playing in the centre of the enormous room while people were enjoying their Sunday buffet of oysters, lobster, roast dinners and amazing desserts!! As we were working we could only look on and think about returning socially!

We made our way to the 6th floor which was where Helen and Davids’s wedding was taking place. There were some lovely staff who were incredibly helpful, showing the String Duo for wedding ceremony and Strings for drinks reception where to set up and even moving an inconveniently placed Chez Longue so we would have enough space to play comfortably. The only music that had been specifically requested was Helen’s entrance music, Pachelbel Canon in D. She had requested that we play suitable music for a wedding ceremony before and then something suitable for the Bride and Grooms exit, before moving on to some of our modern music on strings for the drinks reception. We chose lots of our favourite pieces, some of which you can hear originals of below as well as some of our arrangements….

If you need Strings for a wedding in London, please don’t hesitate to contact us and we will do our best to help you create a beautiful atmosphere for you special day.

We were recently engaged to provide strings for a wedding at Syon House in West London. It is a venue we have played at many times and the Great Hall is fantastic to play in due to the wonderful acoustic (with guests in!). 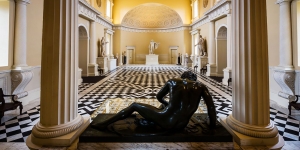 We accompanied the guests’ assembly with some well known music for strings. The Bride had asked for some special Processional music including an arrangement of Carrying You from Laputa – The Girl Who Fell from the Sky, a Ghibli animation with music composed by Joe Hisaishi:

Being a huge fan of Ghibli movies I was only too happy to oblige making an arrangement for strings of this wonderful piece!!

The end of the ceremony in Syon House is always extra special as family and witnesses go into a private room at the back of the hall for the signing of the register, allowing for the bride and groom to make a bigger exit.

Following the ceremony the guests were invited into the gardens for a champagne reception accompanied by the Wedding Strings. We played a mixture of classical music along with our latest contemporary music arranged for strings. The last piece was a special request from the bride for the Groom – the Theme from Game of Thrones! One of our new arrangements of music for strings.

Having recently taken a new booking at Syon House in West London we have been looking back at some of our favourite venues we have played in London. Our smaller ensembles can suit different venues better, for example we played a smaller wedding for only 20 people at the Dorchester Hotel where only a string duo would have been able to fit in the space. Of course if you are having a very large number of guests you may prefer the sound of the string trio or full string quartet for a wedding or corporate event.

Here are some of the venues we have performed at in London: 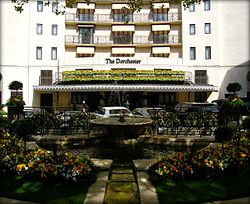 On Sunday Premiere String Quartet were booked to provide a String Duo for a special birthday lunch at one of our favourite venues, the Spa Hotel, Tunbridge Wells. A total of 35 people attended this lovely occasion which was held in the Yorke Suite. The string duo provided ample sound for the numbers in attendance and a larger ensemble may have been too much sound for the occasion. We had been asked by the client to provide a mixture of music from across our entire repertoire as there were people of all ages attending so we began with some of our classical arrangements for Viola and Cello including Massenet’s Meditation. As the party moved over for lunch changed to some of our new pop music for strings, concluding with some modern pop arrangements for strings including music by John Legend and Clean Bandit.

Premiere Strings have provided string parts for many projects at studios in and around London, most recently at Angel Studios and Abbey Road. Here is an example of our work, composed by the very talented Kevin Penkin and recorded with a string quartet using overdubbing to create a more orchestral effect.

We have performed as a string duo, building up parts to give an entire string section effect, however we can also engage top London strings to provide a full string section for recordings to give a more ‘live’ feel.

We are skilled arrangers so even if you don’t have the parts written down yet we can help you to realise your music.

If you require a String Quartet in London or further afield please get in touch to discuss the options available.

Last Friday night Premiere String Quartet were booked to provide a String Trio for a 30th Birthday party in the Institute of Directors, which is in Pall Mall in London. It’s one of several wonderful buildings that we have performed in along the same stretch which has also included the RAC Club.

We worked closely with the client in providing a playlist that she was happy with, balancing her love of classical music (especially Debussy) with a mixture of music which would be popular with her guests. So we performed several sets, starting with Classical music including Schubert’s String Trio, Debussy’s The Girl With The Flaxen Hair and Pachelbel’s Canon in D. Moving on we performed some lighter, jazzy numbers including songs by Gershwin and Sondheim. Tangos followed and we finished the evening playing a set of modern covers including many of our unique pop arrangements for strings.

The guests seemed to have a wonderful time in this fantastic venue and we were well looked after so it was a really enjoyable booking for us!